Since announcing the game earlier this year, Rebellion Games has been working diligently on its latest action-combat title, Sniper Elite 4. With a release date set for 14th February, the game is still a ways off but attendees at this year’s EGX had a chance to go hands-on with the game. After my 20 or so minutes with the game, I’m happy to report that things are shaping up nicely with the title and its release cannot come soon enough.

One of the first things to slap you in the face as soon as you launch the game is just how good it looks. The game is simply stunning. Set in 1943 in the Italian countryside, you are tasked with destroying a railway gun on the Regilino Viaduct. The valley all the action takes place in is beautiful and vast; an aspect of the levels that will play a big part in improving the game overall.

Beginning the level on a mountainside road, you have a good vantage point on the viaduct and the local village. From here, you can mark targets from safety, keeping track of their movements and helping to keep you alive when things go south – and as it was me playing, things went south quickly. I decided to head to the village first and try to manoeuvre around it to get to the bridge. 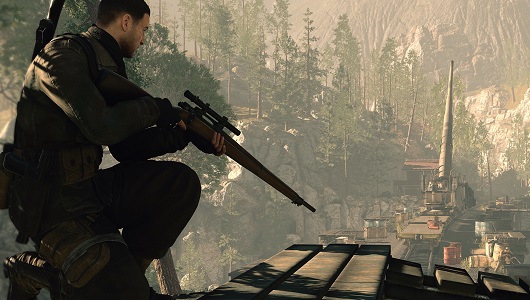 Eager to get behind the scope of the rifle, I lined up my first shot of the day and took aim at a lone sentry. Pressing R1 exhaled breath, allowing me to steady my rifle before pulling R2 to send a bullet straight through the soldier’s brain.

It was here that things took a turn. Not only did I alert the guard next to him, who I didn’t see despite him practically playing cards with the guy, but I also failed to notice the two guards right underneath the overhang I was on – queue alert stations and patrols coming in my direction. A rotating red marker shows your last known position to the enemy. Helpfully, as the game lets you know where the enemy thinks you are, you can lay traps or ambush patrols. 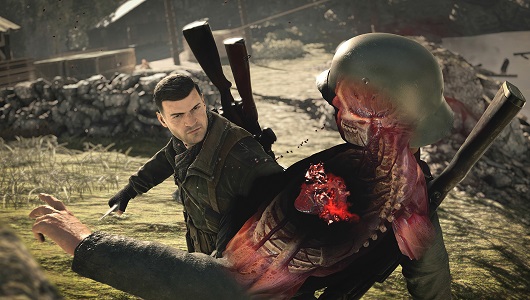 Once the hub-bub died down, I decided to more thoroughly mark the area and spotted some intriguing targets to take down. Lining up more shots, and being more careful about who was near me, meant I was able to take some shots without having a garrison on me straight away.

This allowed me to appreciate the kill cams even more. As well as now including stealth kills and melee kills in the X-Ray slow-motion mayhem, shrapnel kills also make the cut – allowing for glorious takedowns like the contents of a stray tool box ripping through a soldier’s head. 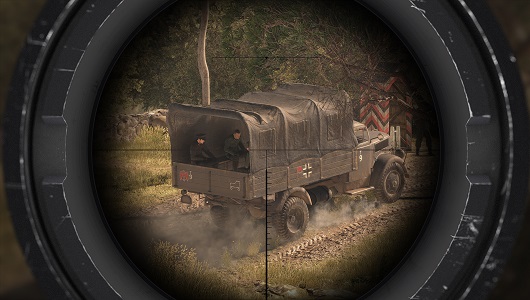 It didn’t take long for the enemy to find me so I quickly had to scarper to stay alive. Once hidden, I was able to appreciate how intelligently they were seeking me out. While one guard moves ahead of the other to take point on the search, the other hangs back. If I make a move against the first one, he’ll see me and take me out. Even if they don’t find me, they don’t just assume there is suddenly no threat. They will keep patrolling and searching so it will keep me on my toes.

It is only at the end of my demo that I realise that the railway gun is firing periodically. If I can time my shots with the gun, soldiers cannot distinguish between my shots and the gun, allowing for more covert kills. Of course, as soon as I realise this, my session ends and I am already eagerly planning my next attack. 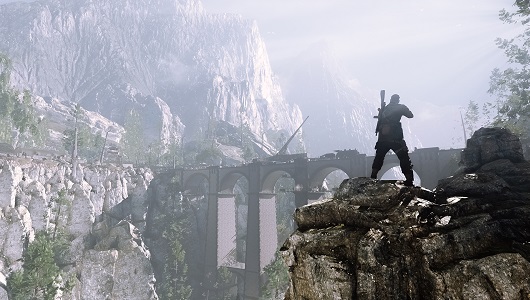 Not only does Sniper Elite 4 look stunning, it plays like a dream too – a violent, gruesome, bloody dream. Valentine’s Day next year will most certainly be red.