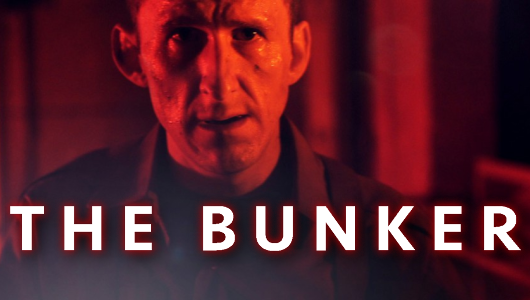 As a ’94 baby I missed out on the FMV wave in the 1990s. Something tells me this is a good thing when checking out The Bunker, a live action psychological horror game from Splendy Games. It’s probably easy to associate FMV as a gimmick, even when it stars recognisable faces such as Adam Brown (The Hobbit) and Sarah Greene (Penny Dreadful). Either way, I went in with no preconceptions. This novelty was a little confusing, at first.

The perks of an interactive film, which FMV essentially is, is the ease to slip into that viewer absorption. The Bunker has very little interaction in the first forty minutes that I played, making it very easy to forget that player role. Admittedly, that’s a testament to Adam Brown’s performance as John, the game’s main character. (Be prepared for many an intense close-up).

It took me a short while to become comfortable with this sheltered protagonist; perhaps it’s because the player’s first sighting is him as a newborn. The Bunker’s opening scene is… odd. Admittedly, I was playing in a busy public booth, which made watching Sarah Greene’s character shrieking in the throes of childbirth all the more awkward. John is brought into the world inside a nuclear bunker, while bombs can be heard shaking the ground above.

Fast forward thirty years, and rather than life entering the bunker another is leaving it – John’s mother is fatally ill, threatening to leave him fully alone in the safe house. When he is without direction from any other person, tied only to his routine to-do list, inevitably things start to go wrong. 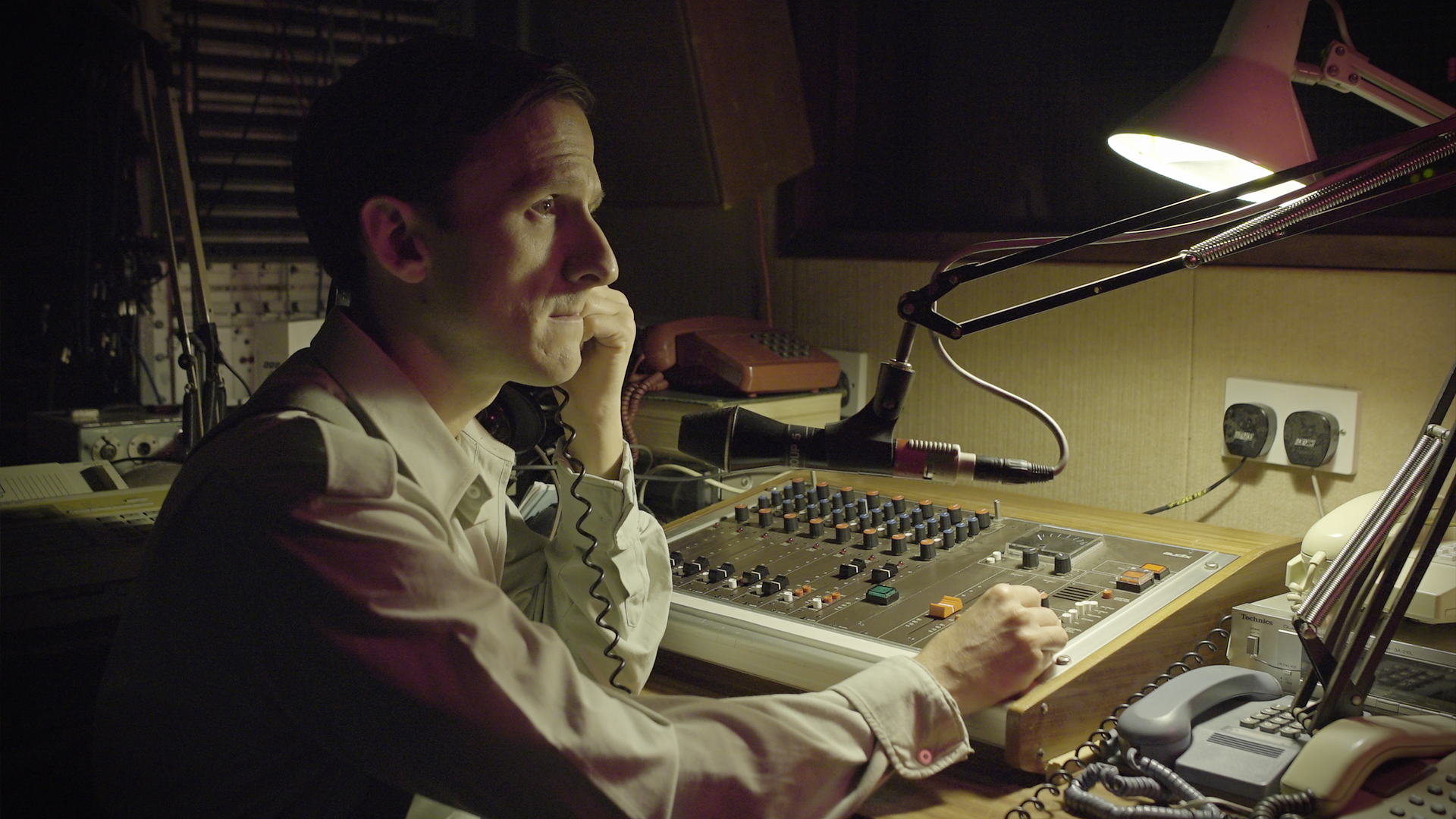 The Bunker’s peculiarity continues into the characterization; John is a product of his bizarrely contained upbringing – he has never known life outside of the shelter’s stringent routines. He comes across as a very innocent character, conveying a childlike naivety that’s weird to see performed by a thirty year-old man. There’s something more than a little uncomfortable about watching an adult read Treasure Island aloud to his mother’s corpse.

But I suppose that reaction proves the effectiveness of this uncanny character. The Bunker doesn’t seem a game of jump scares, monsters and popular horror tropes – it appears to build more upon realistic and human torments; the effects of loneliness, insecurity and the unrecognisable. While John may be an oddball, he’s the perfect protagonist to experience the novel uncertainties of a bunker he has never fully explored and disruptions he has never had to confront. It’s not difficult to warm up to his guilelessness. I was pleasantly surprised by the pockets of natural humour that crop up in John’s speech and in documents around the bunker. Opening every drawer in typical point-and-click fashion causes John to declare he doesn’t need to change his underwear. One confidential transcript I found documented the safe transportation of the prime minister when the bombs hit; an anonymous hand had added his own cursory comments across the page. When exploring empty rooms devoid of people it’s endearing to see some humanising touches; it makes the spaces feel like they have a history and once the bustle of life. 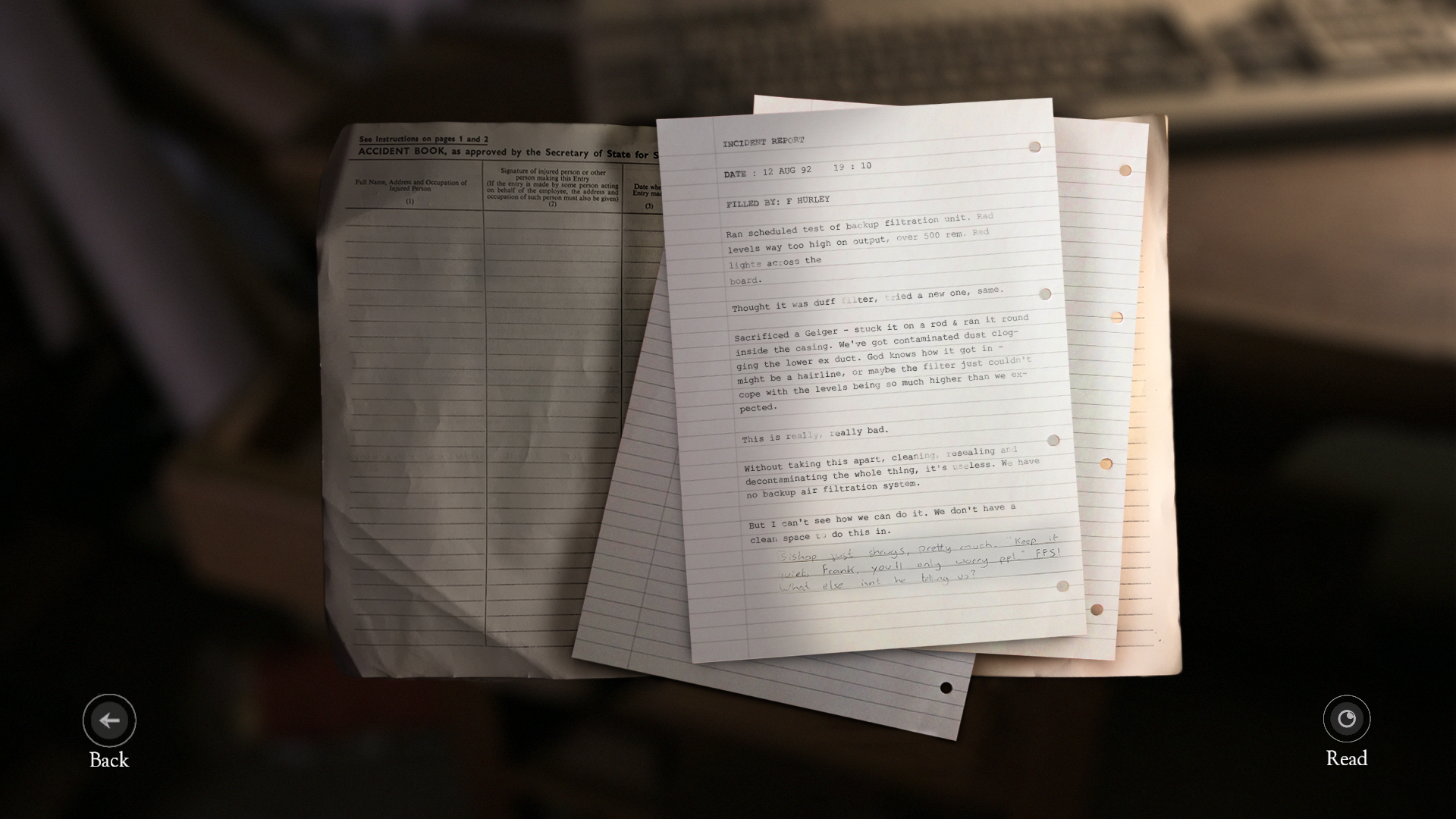 These spots lighten up the progression of dire situations that John finds himself in. In the preview I had it’s clear that John’s comfort is his safe routine – checking medical supplies, monitoring the bunker’s health. When problems inevitably start to arise, John struggles to comprehend it. I only had time to explore two levels – the one John lives on and the one below. Here, I resolved a power issue in what can’t really be called a puzzle – it was an incredibly simple step-by-step interaction which made it evident that The Bunker isn’t gameplay heavy.

There is such a thing as an inventory, only its utility remains to be seen; opening it reveals only a page of John’s wooden toy figures. As I said, The Bunker is… Strange. According to the developers, obstacles will offer more of a challenge as the game continues – hopefully, there will be more of a semblance of actual puzzle solving, as the gameplay is extremely light at the start. Regardless, The Bunker comes across as an interactive experience that regards the player as companion to, not driver of, John’s actions. At one point I prompted John to step down to a lower level, but his reaction was intense and refuting. This is clearly his story and one that will likely unveil more flashbacks and repressed memories as his reluctant exploration continues. 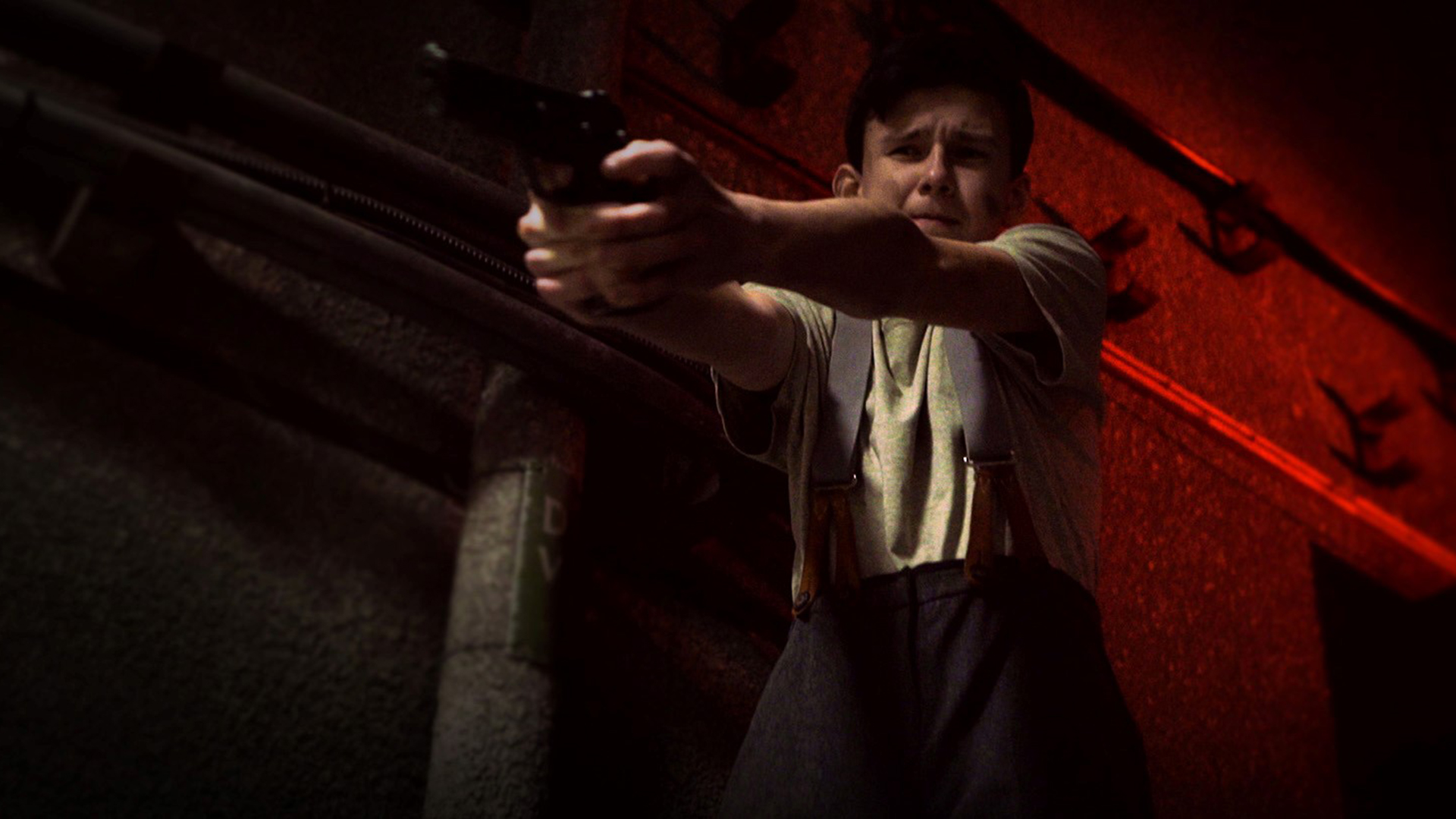 The Bunker is peculiar, but it’s a peculiarity that creates intrigue; it was one hands-on that I remember most distinctly from my time at Gamescom. There’s no suggestion that FMV will be revived with The Bunker, but Splendy are undoubtedly offering a more novel format to experience story-driven games. I didn’t play enough to grasp the full horror scope, but something tells me supernatural horror scares – along the lines of Amnesia, for example – isn’t what The Bunker‘s about. Emphasis is placed on its central character and his psychological journey, hence the significant selling point of award-winning screenwriters (Broken Sword, The Witcher, SOMA) being involved.

The Bunker is due to release around September 20, although this date isn’t fixed. It will arrive first on PC, Playstation 4 and Xbox One, coming to mobile devices later in the year.