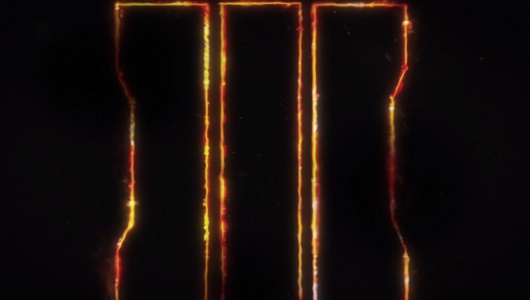 The maps in Call of Duty: Black Ops III suck. That is a problem. A bigger problem than usual in fact. But let us rewind. Black Ops III, the third (and final?) in its series, and Treyarch’s most recent effort into the irrefutable, imperious and once inimitable Call of Duty franchise. They have been handed the baton by Sledgehammer Games, who produced last year’s entry, Advanced Warfare. Advanced Warfare introduced wearable robotic skeletons, which overhauled the movement system somewhat – a significant change for a series that is often criticised for its stale, repetitive nature.

More change greets Black Ops III, and yet again the movement system assumes the role of the lab rat. Granted to the player is an injection of speed, even more so than in previous iterations. You have unlimited sprint, a different kind of jump boost and Titanfall-esque wall-running. But these things can only succeed when they work in tandem with map design that is built to accommodate them. After a few hours with the Black Ops III Beta, the new movement mechanics feel like someone has put lipstick on a pig, and the maps are solely to blame. 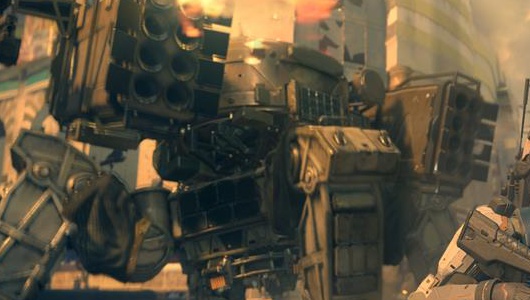 As an unskilled, average and competent-at-best Call of Duty player, I still managed to chain together some satisfying moves after a little practice.

Pulling off these sorts of moves, well it’s awesome, quite frankly. It’s really, really cool in fact, and as cool as it looks, it feels even better to pull off. But I suppose that is the appeal of Call of Duty. It doesn’t take long to feel like a god, but there’s enough of a challenge required in mastering the formula.

But, there is another but, that sequence represents one of only two opportunities to wall-run in this map. The rest of the map is…well it’s just a normal map. I can not put any of my new abilities to any significant use.

This next map is Hunted. It’s another medium-large sized map, and it totally has an underwater area that allows for swimming (no AI fish as far as I can see), as well as some vibrant colours.

Here is the only significant opportunity for wall-running in Hunted.

That is it. That is the only avenue that was specifically designed for wall-running. It does not take anything away from the map, but it adds absolutely nothing either. So Hunted…Hunted is just another map, with some cool swimming bits. The third map, Combine, has two wall-running sequences, one of which is positioned in the middle of the map, which makes using it almost suicidal. Same scenario, same problem.

I find that hating on Call of Duty is an easy thing to do. Despite its commercial and critical success, it is very much a love-to-hate game. But I found myself asking one question throughout the beta – what is the point? The maps are devoid of any verticality, any real opportunity for fluidity and serve only to undermine the new features that Treyarch sought to include in Black Ops III.

Titanfall was the first of this generation’s running theme of futuristic first person shooters, and subsequently became the first to usher in this new-found obsession with wall-running, boosting and breakneck speed. Although admittedly thin on content, it managed to replicate that solitary moment that I captured in the Black Ops III beta consistently. The maps were so beautifully designed, so large, so vertical – everything was built from the ground up to house and heighten the innovative mechanics.

Black Ops III is like the cereal without the milk. The pea without the pod. The kettle without the pot. And what all these terrible analogies tell you is that Black Ops III’s biggest innovation is undermined by its own map design, and it begins to feel like any another Call of Duty. But, I will be fair, there is the new Specialist Class (think scorestreaks that unlock over a period of time, and are not interrupted by death), and you can skid along the floor, which is nice, I guess, and…yeah. Yeah. 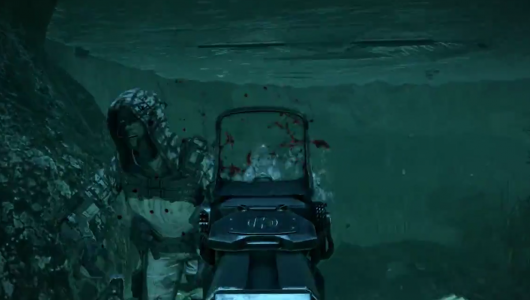 23 days. You could do a lot in that time. Take a holiday. Read. Marathon TV series after TV series. I spent that time playing the multiplayer of Modern Warfare. Tally up my playtime of Modern Warfare 2, Black Ops and World at War, and you reach a number that I am not prepared to admit. But things change – or not as the case may seem.

I love Call of Duty, or at least I used to. If the Black Ops III beta is any indication, that love is yet to be requited.