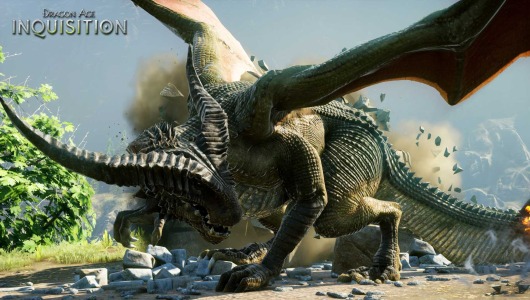 Dragon Age: Inquisition has already been awarded the prestigious Golden Barrel for 2014. Whilst it refrains from being flawless – any game of this sheer size could never be without its share of hiccups – what we see of the good is enough to convince any Dragon Age player that this is the Dragon Age game we deserve. Inquisition pulls a lot of the positive qualities found in the series together in an outstanding visual, immersive, storytelling package that’s brimming with gameplay. It’s an escapist’s dream.

Dragon Age: Inquisition introduces a protagonist with a new title. We’ve been the Hero of Ferelden; the Champion of Kirkwall; and now, we lead the Inquisition, an emergency organisation established after the Divine (the head of the Thedas Chantry) is killed and glowing green holes have ripped open the skies. Rift immediately comes to mind, the free-to-play MMO. All across the world, rifts are opening up that only the Inquisitor, with his/her anchor-to-the-fade, can disrupt and close for good. 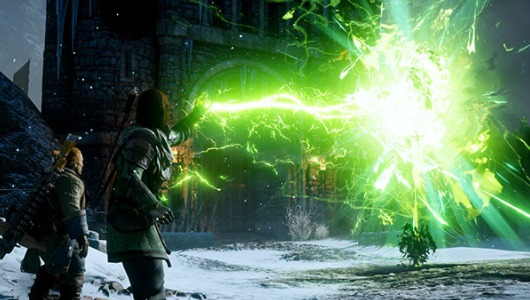 The Divine, Kirkwall, The Fade.. One thing to note about Inquisition is that you have to complete the previous two games or be an extremely fast learner in order to understand what on earth is going on. The plot is extremely unforgiving to newbies, given that the majority of the story is set against a rebellion that aptly you had a hand in initiating in Dragon Age II. Woops. Not only this, but returning characters will have much more of an impact if you’re actually familiar with them – it’s likely there will be a smile on your face when the King of Ferelden comes visiting, or Hawke reappears. It’s also just a lot more fun knowing these characters and seeing how they have evolved. Leliana is a great example; her character has hardened considerably, and her work as Spymaster for the Inquisition feels very fitting to her hidden relentlessness. 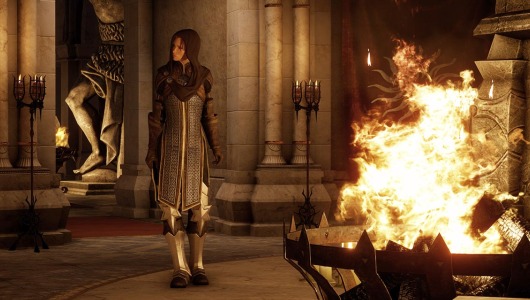 Another tip for returning players is how significant utilising The Keep can be. This feature, set up by BioWare back before the game was released, allows players to set up a world-state for Inquisition. This means that you can input all the decisions you made over the course of Dragon Age: Origins and II and export this collection of choices into your new Inquisition game, influencing the countless references, appearances and events that are related to the previous games. Dragon Age: Inquisition is all about continuity, and this vast world really doesn’t feel right when your previous choices haven’t had a visible impact.

From the game’s start those familiar with the series will notice some not-so-expected changes, like the removal of auto-attack combat and the added ability of jumping. These changes actually feel huge after the familiar Dragon Age blend of role-playing and tactical combat. Yet, it’s not as if this reworking wasn’t needed, particularly after criticisms of Dragon Age II about the limitations of exploration. Inquisition is the antithesis to limitation; the map is colossal and the immersion amazing, given each fast-travel area within Ferelden and Orlais has a unique style. There are numerous landscapes, biomes, weather and wildlife, and when combined with a clear lack of invisible walls or no-go areas, it becomes a true open-world dream. 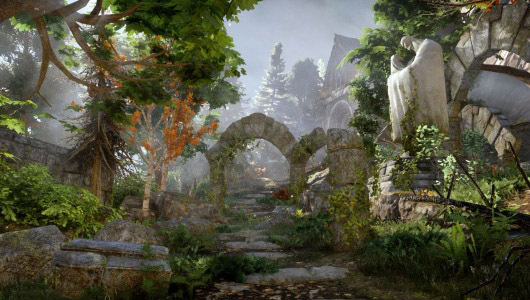 The diversity is notable – the best of gaming’s medieval themes shines here, revealed when walking dungeons, crypts or abandoned forts amidst gorgeous lighting and shadow effects. Open torches set on the walls create realistic shadows and incredible solitary ambience, and when coupled with atmospheric sound – the crackling of said torches, or the echoing footsteps of your Inquisitor against the stone – sets up an experience of true escapism. Environments can feel threatening, menacing and dangerous for your Inquisitor and their companions – yet they can also feel natural, gentle and tranquil. One of my favourite locations in the game is Emerald Graves, found in the Dales and overflowing with Elvish elegance and wilderness. Exploring this area mounted on my hart feels so right.

However, it’s easy to be overwhelmed by the expansiveness of the world. Once you’ve discovered you can jump in the air and actually stray from the path (trust me, it feels foreign after playing Dragon Age II) it’s easy to go crazy in The Hinterlands, the first open-world location you hit, helping the local farm folk and battling the templars and mages littering the landscape. I was probably a good 12 hours into the game before I left The Hinterlands, recalling that reasonably important main questline. 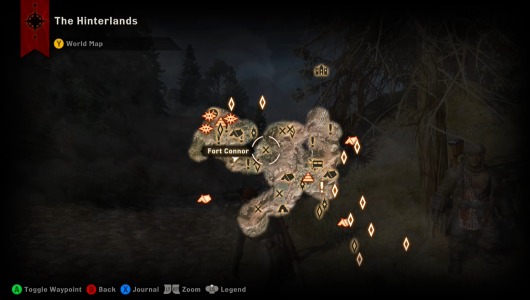 I’m not too sure if it’s an indicator of some weakness that made me a little reluctant to leave open-exploration and small tasks, or if the heavy distraction from what should be the most important RPG element – the story – highlights the issues that vast areas and countless miscellaneous quests can have, and that’s completion. There’s no way you can complete every small quest, unlock every landmark or astrarium, in your first visit to The Hinterlands, and neither should you – return to Haven and enjoy progressing in the main story and unlocking more areas to dive in and out of.

Inquisition is rich with gameplay, with many true RPG features made to be interacted with. The only way to acquire new potions is to craft your own; weapon and armor crafting opens up a whole host of customisability in terms of balancing stats, changing the design and naming each piece of a character’s gear. 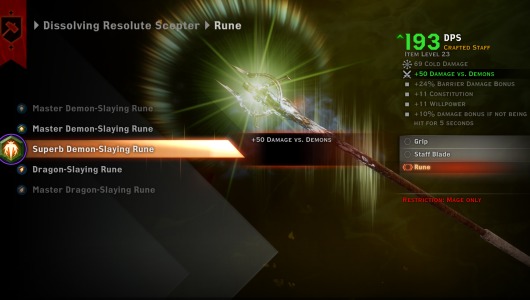 Limited resources means starting small – my rogue Inquisitor found a schematic for a better dagger grip, and using onyx metal and fur I slightly increased her critical hit chance and her ability to stagger enemies. It’s a very neat way to equip each character according to their own personalities and needs, although it could understandably be better laid out – moving back and forth between the ‘craft’, ‘modify’ and character inventory screens is a little frustrating, and it takes a little while to learn the ins and outs of creating and personalising everyone’s equipment.

All in all, Inquisition has a host of neat gameplay features that can take up the better portion of your time; yet like many BioWare titles, it essentially comes down to the quality of characters and story. Diversity is key in a world filled with many vibrant individuals, although some are notably more out-loud interesting than others. Iron Bull is Dragon Age‘s first Qunari companion, and he’s not exactly what you’d expect. He’s also the only character that any kind of Inquisitor can romance, which raises some interesting questions itself.. 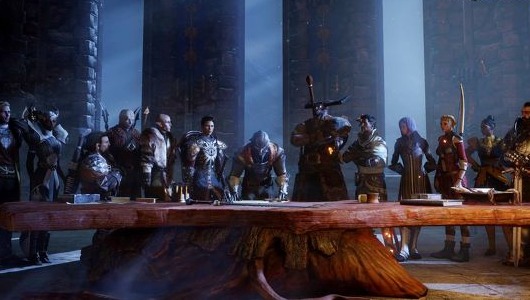 Whilst there’s been a little disgruntlement towards the number of hetero-male romance options in the game (Cassandra or Josephine) it’s made for some very interesting articles and gameplay. A (male) friend of mine said he enjoyed the fact there wasn’t so much pandering towards male audiences as we’ve seen before (Mass Effect 2‘s Miranda, anyone?) and players seem more inclined to seek the character that works right for their Inquisitor, as opposed to the ‘right’ gender.

Open-world gameplay feels perfect for a Dragon Age game
Distinct art-style across a diverse range of locations
Continuity with previous  games – returning characters
The open-world can feel bogged down with misc. quests that distract from the story

Reviewing a game of this magnitude within one article is a sure challenge, but so is experiencing the game with one playstyle, or one romance option, or through just one of the number of routes traversable towards healing Thedas and stopping Corypheus.