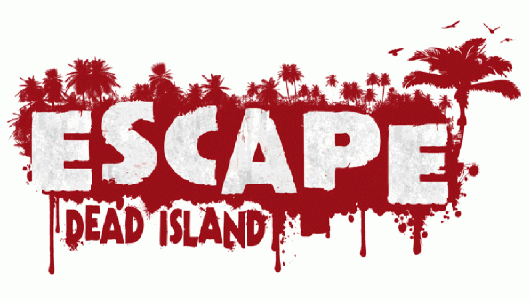 Ah Escape Dead Island, I really wanted to like that game. I played about ten minutes of it at MCM London about a month back and thought the game looked interesting. Visually and gameplay wise, it’s vastly different from the other installments of the Dead Island series.

Playing this feels like a long, booze-fuelled night out. It all starts nice, easy and bright. Sure, you fall on the floor a few times but you’re always smarter after. Then, after a while, it gets weird – you hear voices; for short times, you are in strange dreams; generally you don’t know what’s going on. Along the way you face off against a few stronger drinks, not the normal beers. For a short while you feel great, downing beers and stronger stuff is easy and you have fun for a while. The last two hours are the worst, everything gets more difficult and you don’t know what is real and what is a dream.

The morning after you are happy it’s over and you swear never to do this again.

The first level, the tutorial for most mechanics, takes place two days before the events of Dead Island. You are basically a ninja sent to Narapela, the dead island this time, to assassinate a mole in the company Geopharm. You find the laboratory overrun by zombies, but still proceed to kill the mole and find some information about the outbreak.

The main narrative of the game is pretty standard and without any twists. You are Cliff Calo, an aspiring journalist with daddy issues, who travelled to Narapela, with two friends, Linda and Devan, to investigate the outbreak on the neighbouring island of Banoi. The latter was the location for the original Dead Island. At first they think the island is just deserted but it’s quickly revealed that everyone on the island is a zombie. Linda gets bitten and now you have to find a cure and figure out what the hell has happened on the island.

It was interesting for me how they presented the narrative. On more than a few occasions you don’t know if what you’re experiencing is real or just a figment of your imagination. The only reason for me to complete the game was the story. I desperately wanted to know how it all ties together and what all these dreams were. The ending however was just disappointing, the game shows you that all of Cliff’s actions were utterly pointless. The dreams and mild supernatural elements of the game were never explained. It’s just used as a tool to make the narrative more appealing. 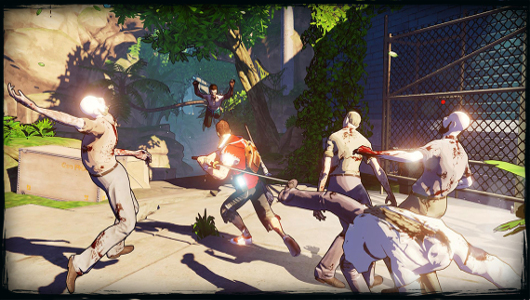 This is definitely not the game’s only problem. The biggest weakness of the game is its combat. Escape Dead Island tries to combine a stealth game with a third person hack and slay – it fails. Your character is fairly vulnerable to zombie attacks, getting slightly tougher throughout the game. As long as you’re left to your own devices sneaking works alright. The zombies’ AI is bad, they forget you exist once you leave their line of sight and they just love staring at walls. At some points during the game you are in dark places, only illuminated by your flashlight. Even when you are the only source of light in a room zombies won’t detect you.

Sneaking gets less important during the last hours of the game. Then most situations have to be resolved with an axe to the head.  Combat is simple, you have a light and heavy attack and you clumsily dodge. Especially combat against one of the mutated zombies is difficult. I just finished one of the last fights by making them jump off a cliff, if I’d had to fight them it would have taken even longer. The most annoying zombie was the Spitter, a zombie who spits acid from incredible distances at you. When you are facing multiple normal zombies you just can’t be bothered with acid spit.

At one point the game’s combat was actually fun. That sweet hour when I had the best weapon the game and could just wipe the floor with zombie. The fun ended when the game pitted me against shadow zombies, stronger, shadowy zombies the game’s story never bothers to explain.

Unexplained situations like that happen a lot. You never really die for example, Cliff just gets up from the floor at the last save-point. At some points the game makes you fight enemies head on, to block you from just leaving vines grow out of the floor. I would accept these design choices if they were weaved into the game’s narrative. A game where a mechanic like this worked was Call of Juarez Gunslinger. 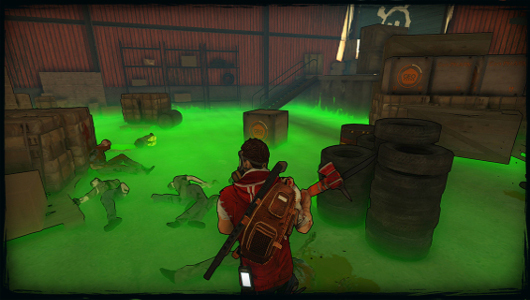 As I mentioned earlier the game looks different from Dead Island. Whereas the latter had great visuals rooted in reality, featuring a very precise dismemberment system, the former features a more cartoonish, cel-shaded look. The developer Fatshark goes all over the place with this look, some sound effects are shown as big, capitalised words, the poison effects look like green skulls above your head and some cutscenes are motion comics. As fun as it is to kill zombies with a “PEW”, the game is by no means a looker, especially in times of next gen consoles.

Your protagonist Cliff is neither likable nor well thought out. At the start he is supposed to be a photographer, but you just use the camera to unlock secrets. Nothing more, no tactical camera like in Far Cry 3. His decision making doesn’t make sense either, he just does what people tell him to do. By far his worst flaw are his one-liners he drops nearly every time he kills. Hearing “dying to meet you” and “you look dead tired” over and over can get exhausting. Speaking of exhausting, all of the ingame cutscenes can’t be skipped. So when you die a lot, as I did, and have to watch the same thing over and over again you just want to throw the game against the wall.

So do I recommend this game? Oh god no! If you really want your Dead Island fix, before the new one comes out next year, buy the original and break some great looking zombies’ legs and arms. That’ll make you feel better and is actually fun.