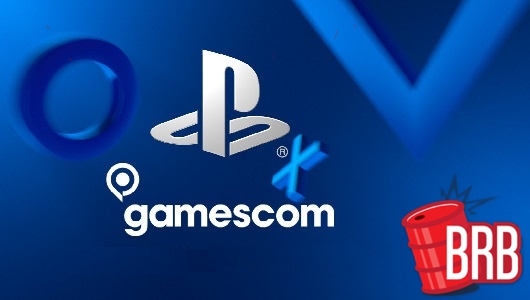 Within minutes of walking onto the stage, Jim Ryan, president and CEO of Sony Computer Entertainment Europe, revealed to the world that the PlayStation 4 had surpassed 10 million worldwide sales. The fact that Sony’s latest console is a resounding success is not exactly news, but the sheer scale of the figure is astounding. Not even the most optimistic Sony executive could have foreseen these numbers.

However, Ryan was quick to point out that the corporation was adamant it would avoid complacency. The rest of the conference was Sony’s attempt to prove just that – and I must admit, they convinced me.

The conference started with trailers for some big upcoming games like Bloodborne and LittleBigPlanet 3. However, the opening of the conference started with the weird. Q-Games revealed their next project – a collaboration with SCE Worldwide Studios known as The Tomorrow Children. It is the company’s first attempt at a 3D game, and the trailer showed off a title with elements of Minecraft and Claymation – to say it was creepy is an understatement.

The Vanishing of Ethan Carter was next on the list and it was equally disturbing, with what looked like apparitions moving around. I got a Murdered: Soul Suspect vibe from the footage – hopefully it performs better though.

Thomas Was Alone developer Mike Bithell took to the stage to show off, Volume – his Metal Gear Solid-inspired stealth action game. Still impressed after my time with the game at last year’s Eurogamer Expo, I am looking forward to playing through Bithell’s contemporary retelling of the Robin Hood myth – which he revealed would arrive on PlayStation 4 and PlayStation Vita in 2015.

It was next time for Scotland’s Ruffian Games to make a splash with its new game Hollowpoint, published by Paradox Interactive. A tactical, co-operative action game, allowing you to recruit, train and fight with soldiers and mercenaries on a futuristic battlefield, the short trailer was able to evoke memories of X-COM crossed with Shadow Complex – a potent mix indeed. Another Paradox-published game, RuneMaster, was announced to be coming to the PlayStation 4 also, but no details have been given beyond that.

Dean Hall’s Day Z was also announced to be its way to PlayStation 4, with some nifty visuals thanks to an “entirely new cross-platform renderer”. Unfortunately, with not even a trailer to show, it seems likely that Day Z is a long ways off.

When the trailer for Hellblade was played, I will admit that it looked like a follow-up to Heavenly Sword, the PlayStation 3 game from Ninja Theory. While the British developer is behind this new title, Hellblade tells the story of Senua… and that about wraps up everything we know about the game. The Enslaved and Devil May Cry developer did say after the conference that while they are aiming for AAA standards with Hellblade, it will be “smaller, lower-priced and delivered independently”.

Similar to last year’s conference, one of the best trailers showed off Rime, Tequila Works PlayStation 4 exclusive title. Revealing next to nothing about the game, outside of its stunning visuals, the trailer cemented my view that Rime is a game to look out for. Reminiscent of Nintendo’s Wind Waker in art style, let’s hope the similarities don’t end there upon release. After the Rime trailer finished, a sizzle reel featuring Snow, Dreamfall Chapters, Papers Please, Ether One, Q.U.B.E 2, Nom Nom Galaxy, Pix the Cat and In Space We Brawl, was shown off – with all games debuting first on PlayStation.

Destiny was the next game to be discussed and Eric Hirshberg started with the bragging – it is the most pre-ordered new IP in history. Showing off a new competitive multiplayer trailer for the game, it looked fast-paced and fun, with new modes revealed also. Hirshberg also announced that the first expansion, The Dark Below, would be available in December.

Ubisoft were next to the stage to show us more Far Cry 4. Eager to differentiate itself from its predecessor, the story was discussed and it appears to be a darker tale this time, with Shangri-La involved. The “Keys to Kyrat”, the previously-announced game sharing/co-op mode, was explained. Each player will receive ten keys to disperse among friends who don’t own the game and play sessions will last up to two hours.

A date for Shadow of Mordor accompanied its trailer, specifying October 3rd. The game looks to be a much darker affair than the Peter Jackson movies – which is a good thing in my opinion.

Hideo Kojima showed off the cardboard box trailer I mentioned in the MGS event article. This was then followed by the trailer for P.T., showing the reactions of the test audience to the demo. While we now know it is actually a teaser for Silent Hills, as well as Kojima’s involvement in it, the footage was intriguing at the time.

At this point, Ryan discussed the latest firmware coming to PlayStation 4, specifically version 2.0. As well as including the previously-announced YouTube streaming, it will also feature Share Play – allowing any PlayStation Plus member to “pass their controller” to a friend from anywhere and give them remote access to their gameplay session. If the friend in question is a PS+ member too, the session can include both users, allowing for games to be played co-operatively or competitively. It has been clarified since that these sessions are limited to an hour, but allowing people to play together with only one copy of the game needed is a nice feature to have.

Hearing stories of good experiences but bad prices from our American neighbours regarding Sony’s game-streaming service, PlayStation Now, has been frustrating for us Europeans. Thankfully, it was confirmed that the public beta will be making its way to Europe next year – with the UK being the first to experience the service. PlayStation TV was also discussed, with a release date of November 14th and a price of €99 (with three digital games included).

Michael Denny, senior vice-president of Sony’s Worldwide Studios, took to the stage next. The first game he introduced, or rather re-introduced, was Until Dawn. Previously revealed as a Move-compatible PlayStation 3 game, it has been retooled by SuperMassive games for the PlayStation 4. The trailer was appropriately spooky and the game appears to have lost its silly side in the process.

The social features of DRIVECLUB were shown off, with club mates earning fame and rewards for their friends – even though the beneficiaries themselves were not playing the game. The impressive weather system was also displayed in all its glory, with what looked to be a photo mode hinted at during the presentation too. We will see in a few short weeks.

When the Media Molecule logo appeared on-screen, I was excited. They are one of the most talented studios around and to see them working on the PlayStation 4 is a fan’s dream. Admittedly, when they announced their current project was a port of the (awesome) PlayStation Vita platformer, Tearaway, I was momentarily disappointed as I was hoping for a new IP announcement. Instead though, they convinced me that Tearaway Unfolded will be worth dipping into. Avoiding the pitfall of trying to bring the same custom-built-for-Vita experience to PlayStation 4, they have instead re-examined the entire game with the DualShock 4 in mind. If they can make the game feel as intuitive as its predecessor, it will be a must-buy for anyone who missed it the first time.

Following up one of the best games available on PlayStation 4 will probably be difficult but RESOGUN developer Housemarque is doing just that with Alienation. A twin-stick, isometric shooter in the vein of Dead Nation, the game features four player co-op and what looked to be quite frantic game-play. So yeah, a Housemarque game then…

One of the biggest reveals of the night was Michael Ancel’s new project, WiLD. The Rayman and Beyond Good and Evil creator came out on stage to show off an ambitious, PS4-exclusive, open-world survival game which allows you to play as any creature that inhabits the gargantuan world. This may sound like the type of game Peter Molyneux would promise – however, Ancel’s involvement makes me think he might just deliver.

While WiLD was an excellent way to close the conference, I’d be lying if I said I wasn’t expecting a last minute trailer for Guerrilla Games’ new title or the long-awaited re-reveal of The Last Guardian. However, I think Sony achieved what they set out to do – they showed that they are not taking their lead in the console battle for granted and backed up their commanding lead with a slew of new game announcements. With more games yet to be revealed from their other first-party studios, like Sony Santa Monica and Sony Bend, the future is looking bright for PlayStation gamers.

For those who want the whole experience, the full press conference is below: