Review: Side By Side

Side By Side was the first movie I went to see at the Ritzy Picturehouse cinema in Brixton. If you are based in or near London, I highly recommend a visit. It’s a more intimate environment (read: small screens) but the seats are wide and cushioned with lots of leg room. It only holds about fifty people, but feels like a proper cinema, with that je-ne-sais-quoi that many modern-day multiplexes lack. This same feeling can also be applied to the digital versus celluloid argument that has raged for the last 15-20 years. Side By Side is a documentary that explores this subject by talking with many talented directors and cinematographers by asking the question, ‘Is film dead?’

Whether you fall on the side of celluloid (like Christopher Nolan) or digital (like Soderbergh, Fincher, Lucas and a multitude of others) or you don’t have strong opinions one way or the other, Side By Side is an engaging, funny and frank view of the current state of film-making and its likely future. The documentary goes through the history of the industry, explaining how film is recorded, developed, colour-corrected and projected, while also explaining the ways these processes are changing due to digital technology.

Keanu Reeves conducts the interviews, displaying more energy and interest than most of his ‘acting’ performances. He probes the minds of some of the most talented directors and cinematographers in the world, including names like Cameron, Linklater, Von Trier and Scorsese. New talent, who have been able to utilise digital technology’s (relatively) inexpensive nature to help them break into film-making, like Greta Gerwig, Lena Dunham and Derek Ambrosi, also offer their views. 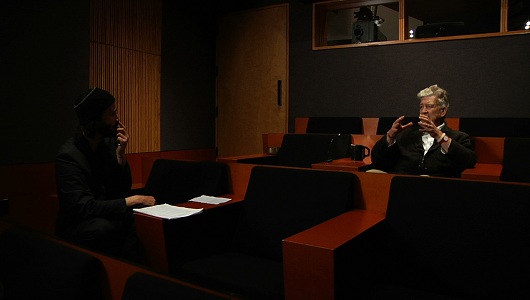 In between interviews and movie clips showing the different methods being discussed, Kenneally and Reeves show brief explanatory snippets, explaining how the technologies work and the differences between them. Without devolving into Powerpoint presentations, they keep them interesting and low on techno-babble. Discussing the intricacies of the RED Epic camera, the flaws of Panavision’s Genesis and how the Alexa offers a true ‘film experience’ with a digital camera may lose some audience members but the passion the interviewees bring keeps you engaged.

While I was watching, I felt that photo-chemical’s side of the argument was only being represented by Nolan and his regular Director of Photography Wally Pfister; however, they were also helped, surprisingly, by George Lucas. His constant, ‘film is dead’ proclamations did more for its continued use than Nolan’s weak ‘soft-cookie’ analogy (I won’t spoil it). There were also a few laughs to be had from David Fincher’s frank views of the respective technologies.

Leaving the screening, many of the people around me were continuing the argument. However, I get the feeling my screening was not populated with the normal multiplex audience so this enthusiasm may be limited. Regardless, I enjoyed myself and would recommend Side By Side to anyone with a passing interest in film-making.

The reviewer paid to see Side by Side
Official Movie Site