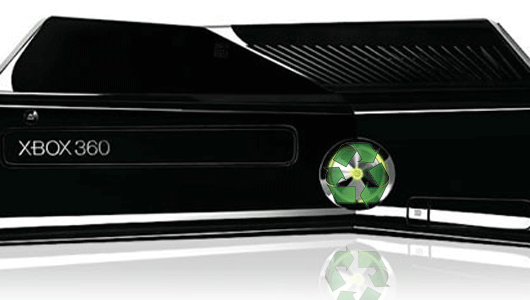 Over Extending Console Life Cycle Is No Good For Anyone

Despite the hardware anomaly of the Wii, and as far as the hardcore gamer is concerned, this current console generation is firmly centered around the Xbox 360 and PS3. The Xbox 360 is now seven years old and the PS3 has passed it’s sixth birthday. Sony and Microsoft talked about a ten year life cycle at launch, but most understood this to be a similar case to the PS2, in which it would predominately sell to other territories in the latter half of it’s life. It is becoming more obvious that we can probably expect the next Xbox to be announced sometime next year with a Christmas 2013 launch likely, with Sony following suit as soon as they can after, with a probable March time release date. Still, this is the longest generational gap we have ever had and the cracks in console manufacturers plans are beginning to show.

When planning the time between console launches, it may not have been so obvious just how much the gaming landscape would have changed during that period. In the last few months alone, the goal posts may have just been shifted again. While it may have been easy to predict a smaller downloadable title based future, few predicted ahead of this generation just how much the emergence of mobile gaming has begun to cut into the handheld market. Although it may seem unlikely that the Ouya console — that recently rose to Kickstarted stardom — will cut into the hardcore gaming market, it may well have more success than some gamers currently give it credit for. The phrase “play Angry Birds on your TV” may seem like a call of derision to the console faithful, but it may carry more weight with the casual gamer than any of us would care to admit. Angry Birds has sold more than any other downloadable title on Xbox Live or PSN by a factor of two hundred. While the Xbox version of Minecraft sold over 3 million units,  Angry Birds recently surpassed 650 million sales. Minecraft may have sold at a much higher price point, but Angry Birds ultimately had the bigger sphere of influence. Like it or not the hardcore market is not as likely to sustain the interest of console manufacturers without the casual audience there to support it.  If nothing else the Ouya Kickstarter success has proven just how desperate the market is for hardware innovation and it may not even have to be a success for Android and iOS platforms to eat into the console market. A recent survey carried out by Pop Cap tended to suggest that more than 50% of gaming carried out on mobile devices was done so on people’s couches, once the reserve of the console gamer.

Another major change in the world market that may have not been previously predicted is the current slump in the global economy. The comparable failure of the Vita may be scaring Sony right now, but it may also be frightening viewing to other console manufacturers. Will a high price console sell in the current market? After all, the 3DS had to rapidly drop it’s price after launch to gain traction, part of the Ouya’s appeal is the low price point. Sony are heavily rumoured to be on the verge of producing a new lower priced SKU for the PS3, and Nintendo are likely very worried about launching their Wii U at an affordable price. It is quite possible that even if plans for the next generation of Sony and Microsoft consoles aren’t changing completely, then at the very least, they will both have contingency plans being put into place for future budget options. Even if it’s schemes such as the pay-as-you-go style contract option recently launched for Xbox 360’s in America.

As Sony and Mircosoft’s consoles have started to show their age, the attractiveness of the graphical fidelity of the latest high end PC’s has made it more likely to turn the heads of the hardcore gaming audience. Despite the best efforts of extensive expansions, World of Warcraft may have begun to creak a little with the weight of it’s age, but games like Star Wars: The Old Republic and recent addition The Secret World are adding to an increasingly bulging sphere of MMO options available. The Free-to-Play model is reshaping the PC gaming landscape as we speak, and that coupled with more casual oriented Facebook games are doing an ever increasing amount to shift peoples game playing habits away from the traditional model of expensive consoles and £40/$60 game model.

As a gamer you only have to look at how many games are on the horizon that are truly worth getting excited about in the near future. This year, I personally have Borderlands 2 and Assassin’s Creed III to look forward to, beyond that my most anticipated games are probably Bioshock Infinite and Ni No Kuni. Only the last game on the list is a new IP – and that is a remake of a Japanese DS game from last year. Looking slightly further forward, I am looking forward to Watch Dogs and Star Wars 1313, but the lack of confirmed platforms or release dates give further weight to the argument that both of these titles will form part of the new generation, albeit with the possibility of stripped down versions appearing on current systems. There is certainly a lack of innovation in the current crop of upcoming retail releases and few would argue that most of the true innovation is coming from the downloadable space at the moment. While it may have to do more to sell me a console, the most innovative retail release I have seen in recent preview events was ZombiU – a game made by perennial supporters of new console hardware, Ubisoft.

In a recent interview with Gamasutra, Ubisoft’s Yves Guillemot stated that the extended console life cycle has stifled innovation and was not beneficial to software producers and publishers, as new hardware helps “reopen” the mind of customers. Thoughts likely to be echoed by many developers. Compared to the other consoles manufacturers, Nintendo has been quicker to launch it’s new console, the Wii U — Largely due to the fact that Wii software sales plummeted off a cliff. Third party support from major developers became an increasingly more difficult problem as the console aged and the abundance of shovelware became more and more apparent to the general public. Nintendo may have sold more consoles, but the attach rate (i.e. the number of games sold per console) is something that Nintendo is actively seeking to correct with the Wii U. That said, this time around, they may have too many problems to face in selling the console to attract a critical mass of third party support in the first place. I wonder how far Ubisoft are from taking all of these issues away by considering the option to launch their own console.

When initially complaining about the extended console life all those years ago, we were told not to worry, that these consoles were powerful enough to see us through and that they would eventually become the “digital hub of our living rooms”. I wonder if, as a byproduct of allowing console manufacturers secondary revenue streams of digitally downloads of movies and other content, whether we have been partly responsible for allowing them to become complacent in their primary function of delivering cutting edge gaming. With gamers and software producers already seeking innovation from other sources, I worry that the longest console life cycle in history, may be partly to blame if the next generation is unsuccessful and consoles become history themselves.